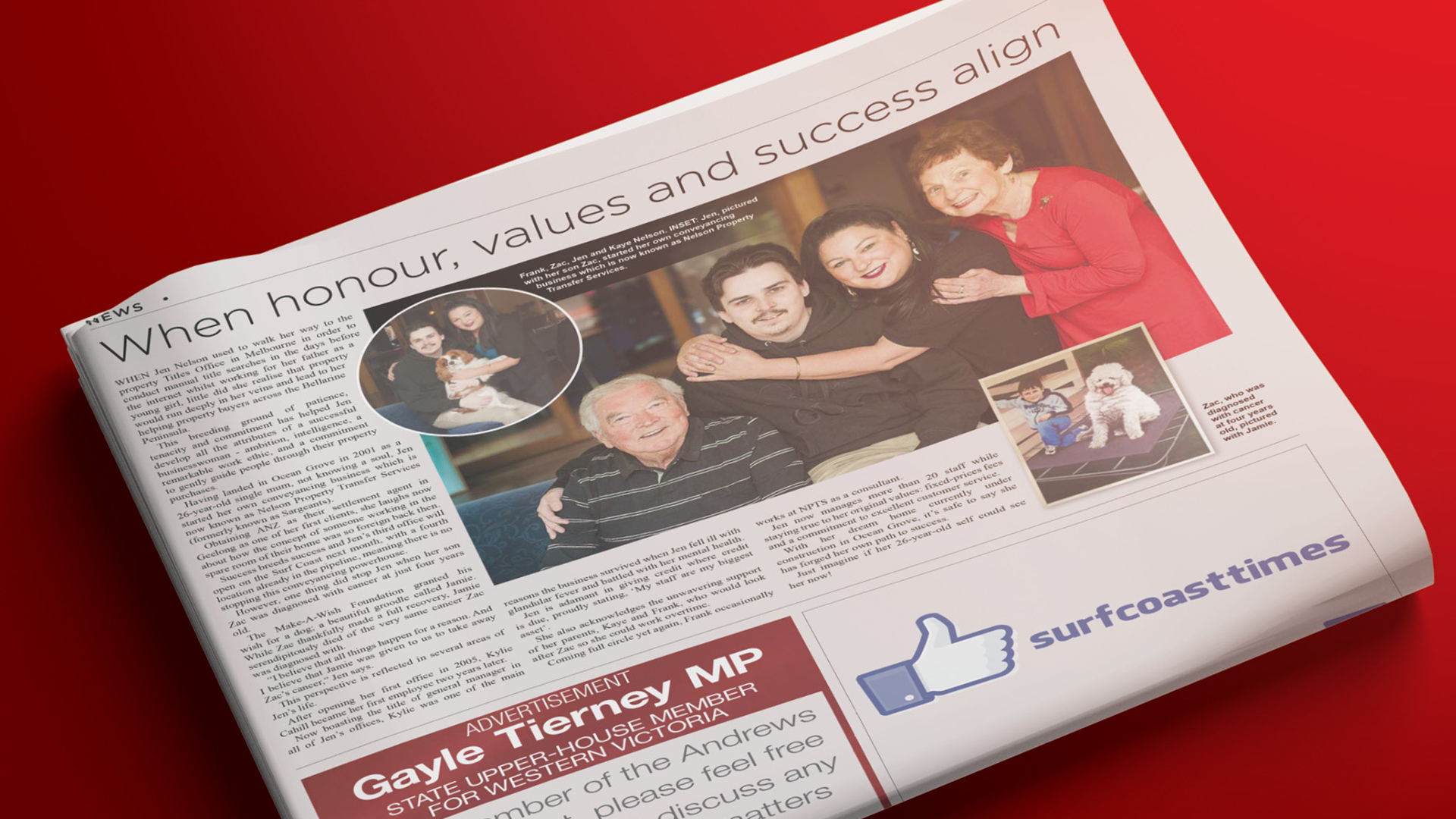 When Honour, Values and Success Align 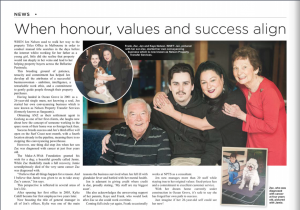 When Jen Nelson used to walk her way to the property Titles Office in Melbourne in order to conduct manual title searches in the days before the internet whilst working for her father as a young girl, little did she realise that property would run deeply in her veins and lead to her helping property buyers across Geelong and the Bellarine Peninsula.

This breeding ground of patience, tenacity and commitment has helped Jen develop all the attributes of a successful businesswoman. Ambition, intelligence, a remarkable work ethic, and a commitment to gently guide people through their property purchases.

Having landed in Ocean Grove in 2001 as a 26-year-old single mum, not knowing a soul, Jen started her own conveyancing business which is now known as Nelson Property Transfer Services (formerly known as Sargeants). Obtaining ANZ as their settlement agent in Geelong as one of her first clients, she laughs now about how the concept of someone working in the spare room of their home was so foreign back then.

Success breeds success and Jen’s third office will open on the Surf Coast next month, with a fourth location already in the pipeline, meaning there’s no stopping this conveyancing powerhouse.

However, one thing did stop Jen when her son Zac was diagnosed with cancer at just four years old. The Make-A-Wish Foundation granted his wish for a dog; a beautiful Groodle called Jamie. While Zac thankfully made a full recovery, Jamie serendipitously died of the very same cancer Zac was diagnosed with. ‘I believe that all things happen for a reason. And I believe that Jamie was given to us to take away Zac’s cancer.’

This perspective is reflected in several areas of Jen’s life. After opening her first office in 2005, Kylie Cahill became her first employee two years later. Now boasting the title of General Manager in all of Jen’s offices, Kylie was one of the main reasons the business survived when Jen fell ill with Glandular Fever and battled with her mental health. Jen is adamant in giving credit where credit is due, proudly stating, ‘My staff are my biggest asset.’

She also acknowledges the unwavering support of her parents, Kaye and Frank, who would look after Zac so she could work overtime. Coming full circle yet again, Frank occasionally works at NPTS as a consultant.

Jen now manages over twenty staff while staying true to her original values: fixed-prices fees and a commitment to excellent customer service.

With her dream home currently under construction in Ocean Grove, it’s safe to say she has forged her own path to success. Just imagine if her 26-year-old self could see her now!